Military History for Lessons in Crisis Leadership (re-post from HBR)

I thought this was so good and you might find it beneficial as you lead in ths season. Enjoy the read!

In November 2019, before giving a talk on crisis leadership to 15 financial services chief executives, we asked for a show of hands asking how many in the room had experience leading in a crisis. Not a single hand went up.
Today, executives everywhere are adapting to the covid-19 pandemic and an important social justice movement in the U.S. and Europe. Information is changing daily, solutions are unclear, and supplies are often limited. As the CEO of a $50 billion company that operates in more than 100 countries told us, “There is no business playbook for a pandemic.” And decisions bear life or death consequences, as the virus in the U.S. has now taken twice as many lives as the U.S. lost in Vietnam. At the same time, Americans and Westerners are holding companies to a higher standard of social responsibility than ever before.So where can today’s business leaders facing multiple crises at the same time turn to for answers? For thousands of years, military leaders have experienced challenges of this magnitude, and if operating today sometimes feels like “the fog of war,” we can usefully turn to lessons from some of history’s most effective military leaders for insight to our pressing peacetime challenges:

Be decisive. Many business leaders today are facing some of the toughest challenges they have ever known. Whole businesses will have to be restructured. Millions are losing jobs. Business leaders can learn from one of the first lessons taught in the military: Don’t dwell on your losses. For example, in 1812, after Napoleon invaded Russia, the celebrated Field Marshal Mikhail Kutuzov knew that strategically he had to abandon Moscow to the French, who looted and burned the spiritual capital of Russia, in order to regroup and fight Napoleon from a position of strength, which he did, successfully.
Be in the trenches. Great military leaders fight side by side with their soldiers as Hannibal did in the Second Punic War. The Duke of Wellington is said to have remarked that Napoleon’s very presence on the battlefield was worth 40,000 fighting men.
Be agile. When Winston Churchill became prime minister in May of 1940, he attacked the slow-moving British war bureaucracy by printing red “ACTION THIS DAY” labels, which he personally pasted to many documents he dispatched. Napoleon was famous for his laser-focused planning and obsession with time management. But Wellington beat Napoleon at Waterloo with agility — he famously moved constantly among the troops, repositioning whole armies on the fly.
Lead with confidence. Mood is everything. In a pandemic, workers and their families are on the front line, the CEO included. Great military leaders know they must lead with confidence underpinned by optimism. At Agincourt, when many other commanders would have chosen to retreat, confident in his strategy and buttressed by his investment in new technology (the more accurate and powerful long bow),Henry V turned and faced an army three times his size. He had utter confidence in his team — “The Band of Brothers” memorialized by Shakespeare — and was victorious.
Communicate to inspire. Wartime leaders know that communicating transmits vital information and strengthens resolve. “Churchill mobilized the English language and sent it into battle,” the great World War II CBS correspondent Edward R. Murrow reported from London. Napoleon sent pithy daily, uplifting dispatches to the troops, which built morale. Too much communication, however, can also be a problem. During Vietnam, the U.S. military flooded inboxes with long communiques, many of which were labelled urgent. (There was even a category above urgent, called “superflash.”) Bogged down by too many urgent memos, the result was predictable confusion rather than clarity.
Move leaders and tasks rapidly. In war, some leaders rise to the occasion. Military leaders give more and more command to those who succeed, promoting them quickly up the ranks and expanding their responsibilities. Those struggling are not fired, but their workload is reduced, and step-by-step instruction is given until they are effective. In this way, all leaders perform at their peak. Napoleon, Prussian Field Marshal Helmuth Von Moltke, and German General Erich Ludendorff all gave considerable latitude to their leading commanders and were quick to promote those who proved victorious.
Rest the troops. Military leaders may not take time off — during the six years of World War II, Churchill took eight vacation days (and even then, he read his daily dispatches). At Waterloo, Wellington slept for only 9 hours during the 90-hours battle. But soldiers in the field need food, rest, leisure, pay, and entertainment. During the Revolutionary War, Washington chose to rest his troops at Valley Forge, directly defying demands from Congress to attack the British in Philadelphia. While hardly a vacation, Valley Forge was a place to rest and regroup (and Washington could not have known how fierce the winter would be). During the Second World War, the USO arranged for entertainers like Bob Hope and countless others to perform before American soldiers to boost their morale. As we all work harder than ever during Covid-19, many of us glued to Zoom and a variety of screens, leaders need to make sure employees are rested, that weekends exist (if they’re not reinvented), and that, as summer approaches, ways are found to provide vital vacation time.

At the heart of managerial leadership is strategy, and the word strategy itself comes from “Strategos,” the Greek word for general. Now, as leaders turn to the hard job of safely re-opening their workplaces, salvaging and strengthening their businesses, and motivating their teams, they must lock-in the lessons learned from crisis and build a new management paradigm, one characterized by decisiveness, working side-by-side, agility, optimism, inspiring communication, more fluid work assignment, and enhanced work life balance. As they are planning, however, we would all be wise to remember Eisenhower’s helpful caution about strategy itself that “Plans mean little; planning is everything.”

Robin McCoy @robinrmccoy comes with a wealth of knowledge and practical application to growing, building and leading teams. She loves helping organizations and individuals live on purpose.

Consistency matters. I don’t know how else to sa

We can probably all agree, customer service has ta

Early mornings and meetings all day kept me from t

Hundreds of thousands of people from all over the

A rider on horseback, many years ago, came upon a

State of the Puyallup and Sumner cities Chamber Lu

Several years ago, I had a dream. Little did I kno

Way to go Katie and way to go LCA Lady Eagles! You

Remembering my brother Kevin today. I stepped on

Next Level Living and being well comes from doing

How you doin this morning? ‘I subdue my body a

If you’re looking for an amazing devotional, the

Joy moves you. Choosing to be happy- intentionally

Brave leadership has little to do with status, pos

Yeah… we doin the work too! #workoutisworship #m

It was really on a whim. There was nothing about t

'The angel of the Lord found Hagar beside a spring

Together, we’re stronger! Have you ever had a fellow team member that complemented your work personality perfectly? https://t.co/bA1M6eBhOJ 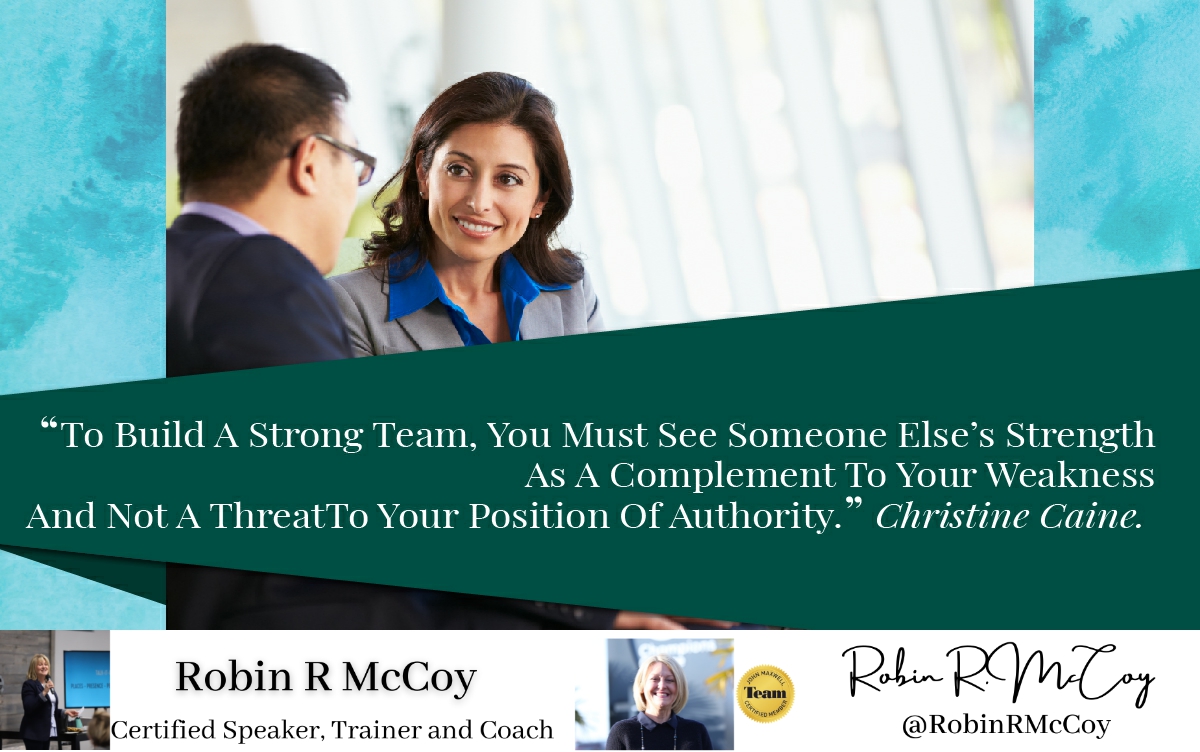 If you’re looking to hire someone new onto your team, let your team members talk with the candidate, especially if they will be working together. https://t.co/iIacLpnfW0 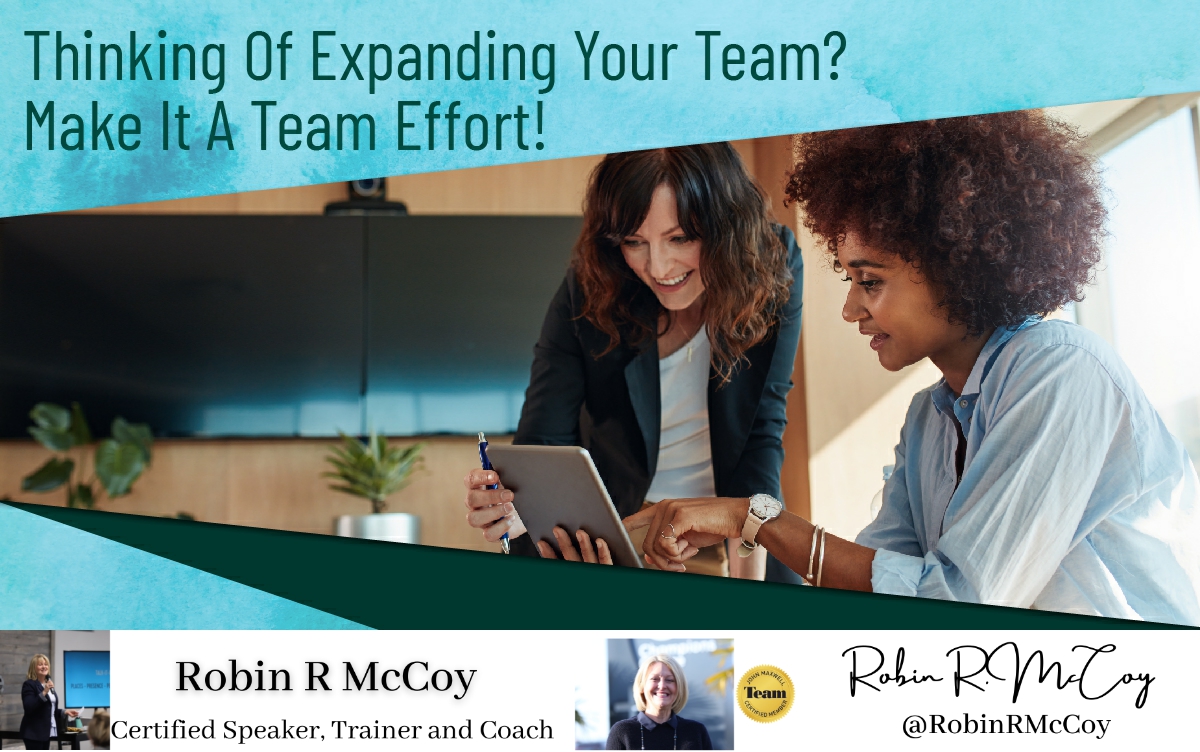 Provide your team with space to “gather around the watercooler” to help encourage bonding and relationships—which will undoubtedly carry over into their work-life! https://t.co/4EBPmMFyuc 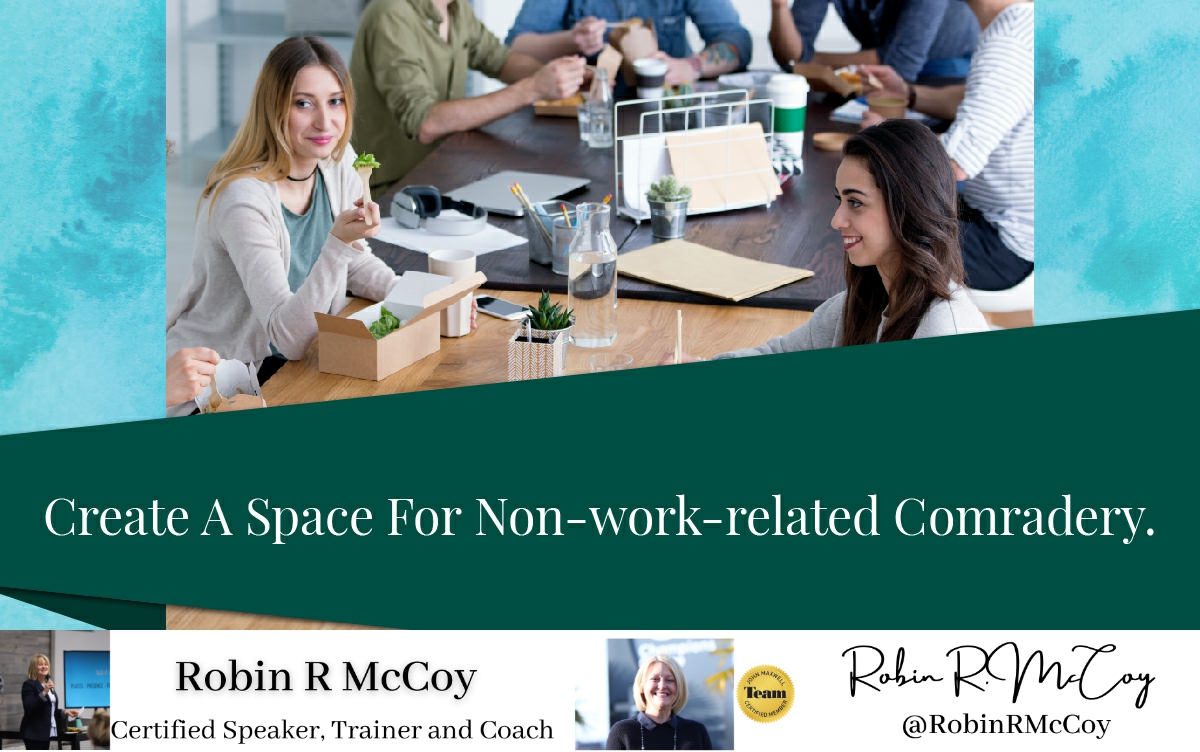 Conflict isn’t something that should necessarily be avoided—conflict can also lead to innovation and productivity. https://t.co/3ONYf5cKxU 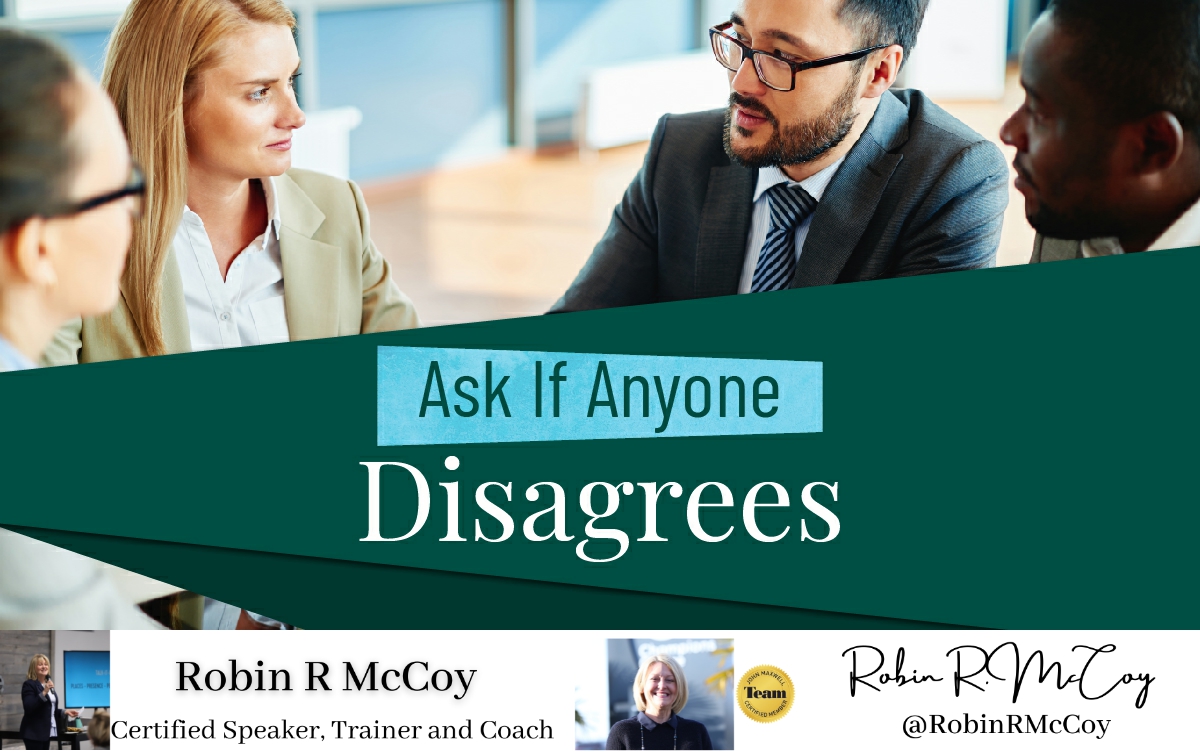 Every individual has a set of skills that they can bring to the table—by granting them the power to work within their genius, you make the whole team stronger! https://t.co/m6HkclXBWC 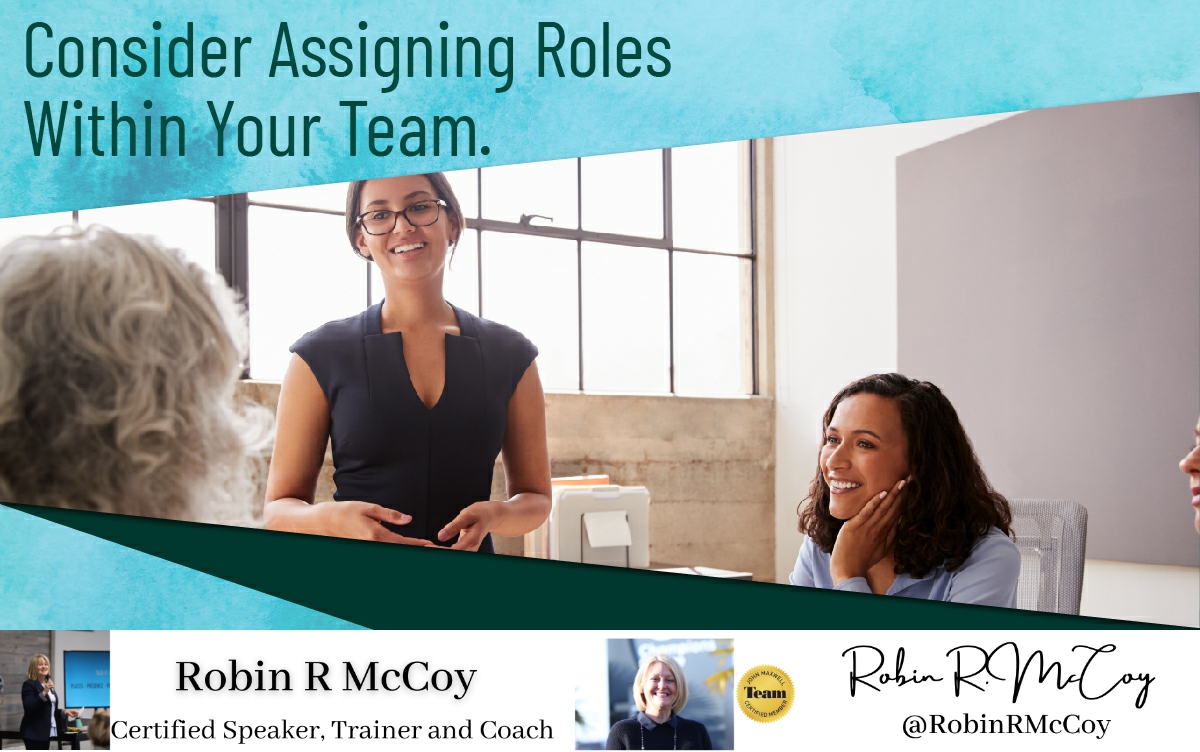 The Why: It’s all about relationships

It is energizing to light up the potential in others. I love connecting people to their purpose and helping them realize their unique talents and gifts that lay dormant within. It is a great life's work to be a part of people's transformatoin.